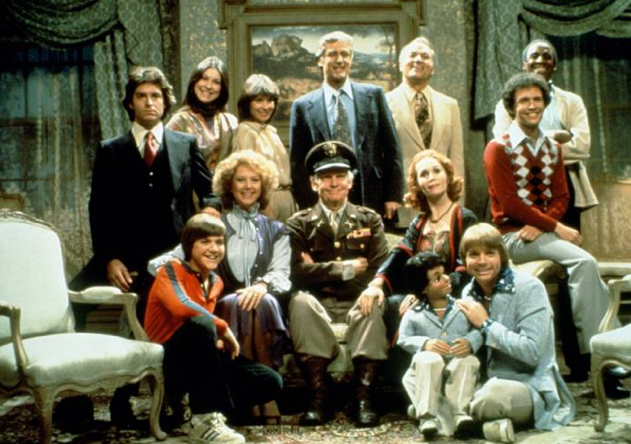 From Wikipedia... "Soap is an American sitcom that originally ran on ABC from 1977 into 1981. The show was created as a night-time parody of daytime soap operas, presented as a weekly half-hour prime time comedy. Similar to a soap opera, the show's story was presented in a serial format and included melodramatic plot elements such as alien abduction, demonic possession, murder, and kidnapping. In 2007 it was listed as one of Time magazine's "100 Best TV Shows of All-TIME," and in 2010, the Tates and the Campbells ranked at number 17 in TV Guide's list of "TV's Top Families".

"The show aired for four seasons and 85 episodes. The final four episodes of the series aired as one-hour episodes during the original run on ABC. These hour-long episodes were later split in two, yielding 93 half-hour episodes for syndication."

Click here to watch a great clip from Soap