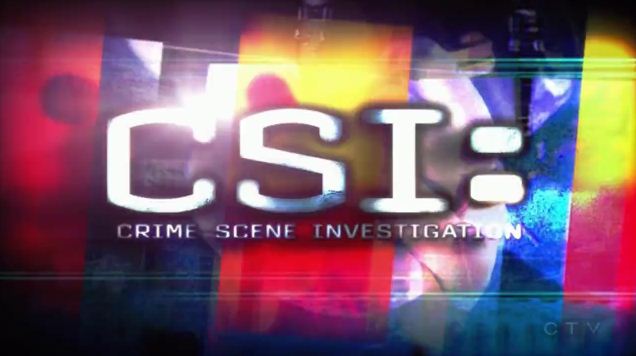 CSI: Crime Scene Investigation (referred to as CSI, also known as CSI: Las Vegas) is an American crime drama television series, that premiered on CBS on October 6, 2000. The show was created by Anthony E. Zuiker and produced by Jerry Bruckheimer. It is filmed primarily at Universal Studios in Universal City, California.

The series follows Las Vegas criminalists (identified as "Crime Scene Investigators") working for the Las Vegas Police Department (LVPD) instead of the actual title of "Crime Scene Analysts" and "Las Vegas Metropolitan Police Department" (LVMPD))[1] as they use physical evidence to solve grisly murders in this unusually graphic drama, which has inspired a host of other cop-show "procedurals". The series mixes deduction, gritty subject matter and character-driven drama. The network later added spin-offs CSI: Miami and CSI: NY.

CSI has been recognized as the most popular dramatic series internationally by the Festival de Télévision de Monte-Carlo, which has awarded it the "International Television Audience Award (Best Television Drama Series)" three times.[2][3] CSI's worldwide audience was estimated to be over 73.8 million viewers in 2009.[3] In 2012, CSI was named the most watched show in the world for the fifth time.[4]

CSI has been nominated multiple times for industry awards and has won nine awards during its history. The program has spawned several media projects including an exhibit at Chicago's Museum of Science and Industry, a series of books, several video games, and two additional TV shows. It has reached milestone episodes, such as the 100th, "Ch-Ch-Changes", the 150th, "Living Legend", which starred Roger Daltrey from The Who, performers of the show's theme song, the 200th, "Mascara" (aired on April 2, 2009), and the 250th, "Cello and Goodbye" (on May 5, 2011).